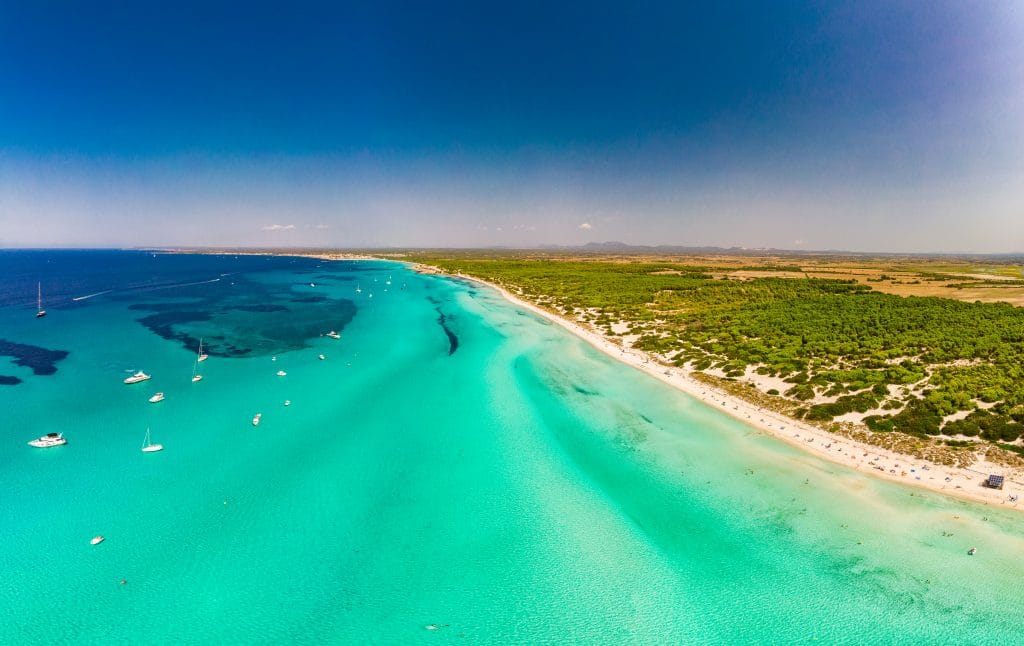 Life on Mallorca - How it all began

Now I've been living in Mallorca for a few years and I'm grateful for it every day. But very quickly you take a lot for granted, as a given. Sure the sun is shining, the sea is blue, the temperatures were pleasant. That was not always so in my life.

As I swam from one place to another in a bay this morning - in turquoise blue water - I had time to think about how it all began and with over 1.5 km of swimming in the sea, you have time.

Looking back, it wasn't just an idea or an inspiration from outside. But rather the desire to be free and independent had already formed in me very early on.

I have always been a free spirit and swam against the tide, at least inwardly. Outwardly, I was also adapted in many situations. Adapted to social norms and constraints.

I graduated from a business academy, studied German language and literature and history, because I thought I wanted to become a teacher. After that I had study visits in the USA and Spain and started to study International business at the Vienna University of Economics and Business Administration.

I had jobs, some of them very well paid, already during my studies I earned above average. Married for the first time and became the father of three wonderful sons. Everything was going quite well from the outside. But I was dissatisfied. Is that supposed to be all? Is there more for me in this life? What do I really want? How and where do I want to live? How to earn a living?

I think many people ask themselves these questions, not just me.

And suddenly it was there again. The dream of living in the south, where it was warmer and there was a sea. I was always happiest by the sea. I always booked a room with a sea view. I couldn't get enough of the sea. It never let me go.

So I began to direct my focus towards this goal, this dream that should no longer remain one.

To live by the sea someday and be free, that's what it was. That and nothing else was what I wanted. To be able to look at the sea and just breathe deeply. But not only on vacation but all year round. Yes, I wanted to move my residence to the sea. I had no idea where to go. Europe, USA or Asia.

But I knew I had to work towards it because, as we all know, nothing happens on its own.

So learning languages. I improved my English and learned Spanish (I didn't know then that I would live in a Spanish-speaking country).

And I needed a way to generate income that was both location-independent and international.

I wanted to build an international business that I can set up and run from anywhere in the world. It should give me the opportunity to earn a passive income in the mid and long term and it should be a meaningful activity that I also enjoy.

The goal was almost defined. I was not clear at the beginning when exactly I wanted to move to the sea. That is, an important part of a goal, the date of achieving the goal, was rather vaguely defined. My 50th birthday at the latest. In the end, I was 43 when I left Austria and moved to this beautiful island with my second wife.

A rough plan was also in place. First of all, find a business idea and implement it. I had already tried this in the past, but was not always successful. Today I know that these defeats were very important for my development as an entrepreneur. And I appreciate the activities with which I earn my money today even more, because I knew both being an employee and being self-employed.

And it was very clear to me what I no longer wanted: To work for someone else's goals and also not myself and constantly, especially not for the rest of my life.

What are you waiting for ?

If not now, then when?

Live your dream and do not dream your life !

NextMoving to the most beautiful island in the worldNext