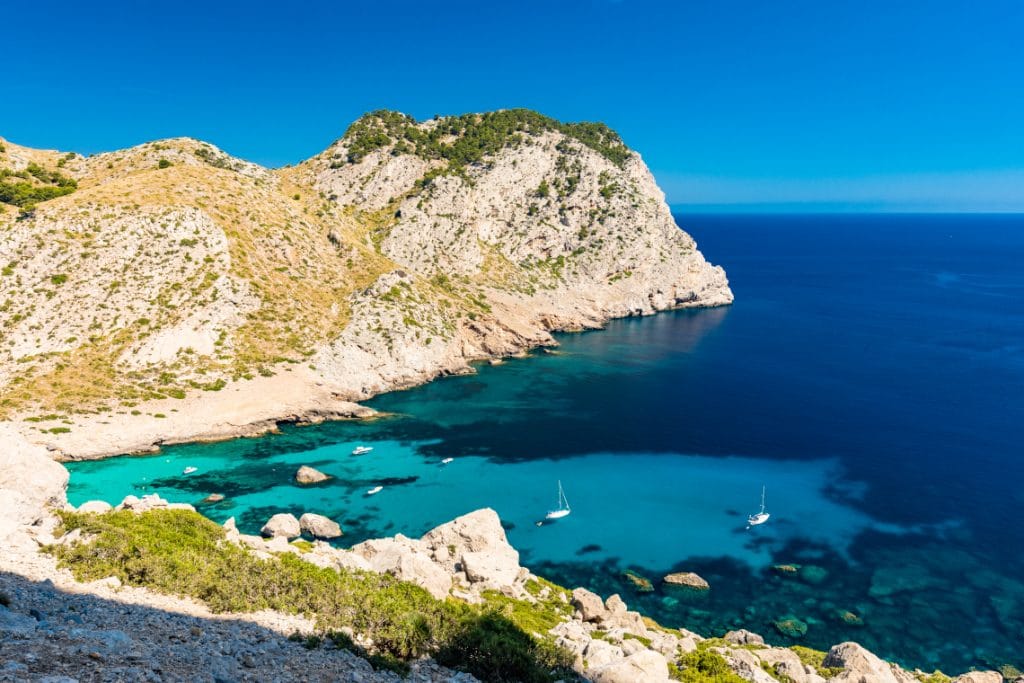 Moving to the most beautiful island in the world

Moving to the most beautiful island in the world , is a dream for many.

I always loved to travel, to see new places, to get to know new cultures and people and sometimes I had longer stays in different places. But to change the residence for a longer time was something different.

Since after the separation from my first wife, my three sons were still relatively young, I wanted to stay in Europe so that the contact with them would not break off.

What destination is considered ?

My first option was the USA, but at the time it was out of the question because it was too far away from my children. Destination number 2 was Tuscany in Italy. I just love Italy, the Italian cuisine and the dolce vita. However, it was not ideal for me in terms of infrastructure and flight connections.

Therefore, I followed the call of an acquaintance from my business and looked around on the Balearic island of Mallorca. I had Mallorca not at all on my screen, did not know it, ie. I have never been there. But after a week of driving around - under the aspect, I can imagine to live there - I was totally positively surprised by the island and its possibilities.

A beautiful island, not too small and not too big. An international airport with perfect connections to every important city in Europe. It was important for me to be able to fly to my clients at any time. Furthermore, the Spanish language, which I already learned as a student in Salamanca during several stays and therefore did not have to learn again.

And of course the sun, the beach and the sea.

When the decision was made, it went then half a year later back to the island for the real estate search. After viewing 3 penthouse apartments and 4 houses, the choice fell on a newly built penthouse in the southwest of the island with simply indescribably beautiful sea views - both the open sea and the entire bay of Palma could be seen from each of the 3 terraces and the gigantic roof terrace with the Jacuzzi.

Broker paid, shipping companies contacted and one selected to organize the move.

Shortly before the move, the first stress: the shipping company says that it comes 3 days early to pick up the furniture, the motorcycle and the convertible. And of course none of my friends and acquaintances had time to help pack. So for 3 days with full throttle the whole household goods packed. After almost 60 hours it was done. Then everything was loaded and a somewhat uneasy feeling remained: Hopefully we will see our things again.

What if they just disappear with our stuff? Well, just the usual thoughts one has. Anxieties, doubts. But that's normal.

Moving to the most beautiful island in the world

2 days later we were already on the plane. One night in the hotel, because our belongings came only the following day. Everything was perfectly organized. Only one glass was broken, otherwise everything arrived intact.

Surprisingly, a neighbor also showed up very quickly and invited us for cava. We told him that we first need to set up the bed so that we have a place to sleep, then we gladly accept his offer.

Quickly set up the bed, the rest can wait for the next day.

This neighbor helped us a lot that we settled quickly on the island. He gave us many tips and introduced us to some other residents. Which was not always positive.

It was an indescribable feeling. Only 2 flight hours away from the old home and I am in another world. Sun, beach and sea - and this incredible light. I actually did it: moving to the most beautiful island in the world.

After unpacking, I will spend many hours on the terrace and just look at the open sea. It is liberating and opens my heart.

A few days later my best friend came to the island and helped me furnishing the penthouse for 2 weeks. We bought a beautiful dining table and chairs for the terrace, a great lounge for relaxing, sun loungers for the roof terrace and many plants.

It's really fun to furnish a new home - and it really costs money.

I too had made the rookie mistake of shopping in the most expensive stores. It took me some time to get my bearings and find the stores where locals also shop and which do not charge extortionate prices for foreigners.

But I think almost everyone pays this price. And on this paradise island, it's also bearable.

Remember why you came here and stay focused. Because one thing is for sure: what could be more awesome than moving to the most beautiful island in the world?

Paradise is here, the question is what YOU make of it.